Of a total of 41.3 million private households in Germany in 1991, around 34% were occupied by just a single person. In 2017 the proportion of 1-person households was 42% – and that trend is continuing. At over 47%, Berlin is not just above the average – it is one of the national leaders.! Compact living space is in particularly high demand in the district of Mitte: here around 61%, and therefore significantly more than half of all households are single occupant.

According to current forecasts, Berlin will pass the 3.8 million inhabitant mark by as soon as 2025. It is therefore widely expected that the demand for city living space will remain high in the next few years. Ideal conditions for property investors!

You can now comfortably reserve the apartment of your choice online – quick and easy. 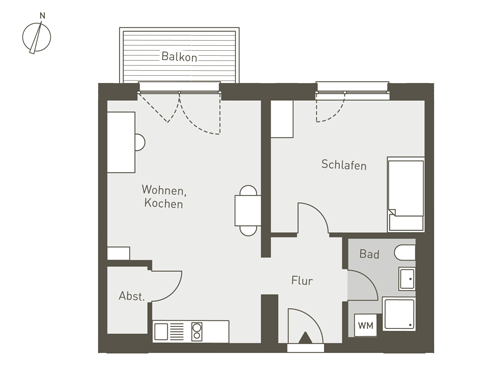 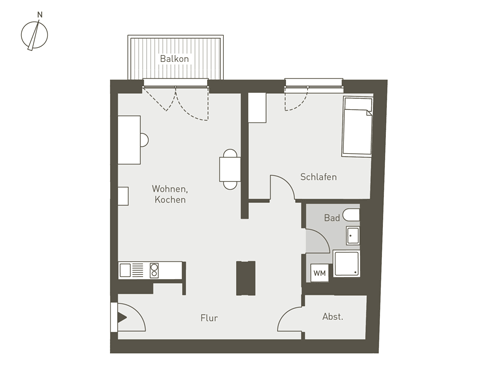 **Gross rental return: Ratio of net annual basic rent returns to the purchase price, excluding utility, administration and maintenance costs. The return forecast is based upon the current, regional average rents being asked for new buildings (property portal values). A reliable forecast of achievable rents cannot be made.

Achievable rents and the rental market could possibly be subject to adverse development. For example, the loss of local public transport or other facilities can reduce the attractiveness of properties. In addition, an increase in competitors or changes to social structures can also lead to the downgrading of a location. Your financing conditions and general market risks can influence the return forecast due to economic fluctuations. This can then have an adverse affect upon rental demand and rent levels: this can result in the letting being delayed and/or a reduction or even total loss of expected rental returns. The example forecast can change or even fail completely if one of the aforementioned risks comes into being.

PROJECT Immobilien Wohnen AG aims to give the most complete and most realistic information possible. Despite increased diligence, the aforementioned impacts cannot be ruled out.

Apartments only for sale